​2005 - Brad Sommer created a non-profit division to give back to the youth of Pittsburgh. Volunteering time and supporting local charities by having "Support Local Charities Day".

2008 - The Playground Tour - This was Kid Nation's first project. The tour featured then 7 yr-old rapper, DIGI.  He toured all of the recreational centers in the city of Pittsburgh performing free shows for kids there.  He also made unannounced stops at playgrounds all across the city, giving kids who do not have a chance to see shows the opportunity to not only see one, but become a part of the show by participating in the dance battles DIGI hosted at each of his shows, Kids in attendance received free t-shirts, CDs, and DVDs. Some of the kids joined the tour as dancers and in other positions.

2009 - The first Honor Roll Tour began! We put on shows and hosted dance parties for students where kids who maintained honor roll and high honor roll status in school were given free admission and merchandise.  We also put on "Inspiration Shows" to encourage students who might not be on honor roll yet to keep working hard.

2011 - Kid Nation invited talented performers from all over the area to come out and perform with them at the August Wilson Center.  The goals was to raise money to help supplement the free shows and honor roll tours that we put on each year.

2012 - ​Kid Nation Foundation partners up with Lee Davis, one of the most influential community leaders in Pittsburgh. We expanded our honor roll tour from the tri state area to performing the honor roll tour nationally including Canada.

" I created a movement, so kids could have a safe environment to be creative"

Kid Nation Foundation was created in 2008 by kids for kids.  We feel that so often the focus is on kids when we do something wrong, but no one notices when we're doing what's right, so we wanted to do something that spotlighted the good we can do. At Kid Nation, Inc. we believe we can live all of our dreams and set new positive trends for the next generation to follow. We are tapping into the energy, creativity, and talents of kids just like us.

the future is now 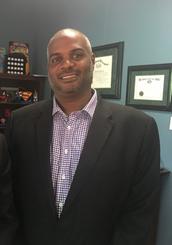 The Honor Roll Tour has been in place since 2008.  It is what we feel is one of our most important projects.  Through the Honor Roll Tour, we use our talents to motivate other students to work hard, succeed in school, and use their talents for positive things.  We travel the country putting on shows that reward students who are doing well in school.  This tour gives schools a chance to reward their students with a special concert just for them. The Honor Roll Tour is a high energy, interactive concert.  Prior years have featured the group the UNDALRDS. However our current tour features the group, "Pocket Aces," which features 11 yr old rapper, Bam Bam, 15 yr old rapper Bangotang, and 16 yr old rapper/producer JDAA.  Kid Nation puts on a phenomenal show with dance, spoken word, and original hip-hop and rap music.  Students are invited to become a part of the show by coming onstage, dancing, and being invited to use their own talents to express themselves. This program is designed to entertain, motivate, inspire, and empower students.  Above all it is designed to reward students and encourage them to keep working hard and striving to achieve with the final goal being excellence for all.